This. Was. Fun. And lots of it! Alex Schladebeck and I went out exploring and came back with lots of potential issues and questions.

Had such a fun pair testing session with @alex_schl today exploring the IKEA METOD kitchen planner! And we found so many potential issues together, oh my 😄 Thank you Alex, had a wonderful time with you! 🌞 #TestingTour
— Elisabeth Hocke (@lisihocke) 22. Mai 2018

When Alex scheduled a pair testing session with me I leaped for joy. Alex impressed me a lot already with the talks she gave and how she conveyed her messages. The last time she astonished me was at European Testing Conference last February, where she did live testing on stage, talking about the testing she was doing. How awesome and courageous was that? I was fascinated. As I had met her several times already, I grasped the opportunity and challenged Alex to take it a step further and do it without knowing the system under test beforehand! Well, Alex indeed accepted the challenge and is going to give this session at Agile Testing Days end of this year. I'll be there, front row, cheering her.

Okay, my live mystery exploratory testing session was accepted to @AgileTD. I'm super excited and a small amount of terrified! @lisihocke... I'm gonna need some assistance in planning this - since it was your challenge 🤩
— Alex Schladebeck (@alex_schl) 10. Mai 2018

Alex asked to explore an application together, and she was happy with any proposal I'd bring up. When starting our session, I presented her the kind of applications I already identified as potential target systems. However, Alex had inspired me by accepting the mystery application testing challenge, so I also offered her a different option. We could think of any word that comes to mind, google for it, and then go for the first app we come across. Alex really liked the idea, but then decided to keep that for a future session and instead tackle the IDEA kitchen planner together! Why? Because we normally don't get to test something where 3D is involved. And as it happens, Alex just recently had to plan a kitchen herself. I'd say this qualified her as our subject matter expert!

Strong-style pairing? Sure, let's go for it! Mind mapping tools or anything else for note taking? Nope, Alex confessed she's the old-school pen and paper type of person. So we agreed to both jot down our own notes analogously.

The Fun of Testing & Talking About It

We started off from the following link, pointing us to the Great Britain version of the IKEA kitchen planner: http://www.ikea.com/gb/en/customer-service/planning-tools/kitchen-planner/ It seems when I researched for potential test applications for my pairing sessions I had googled for something like "ikea kitchen planner" and just picked one of the results. Only later when writing this blog I realized that the related pages for the other countries do not only offer quite a different layout, but also not the software we tackled. In our case, two planning applications were offered: the METOD Planner, and the 3D Kitchen Planner. We went for the METOD one as it was advertised as the new one.

The first thing we noticed was the product claim on the homepage: "Choose your style and get your quote in 1 MINUTE". This felt like an open invitation to test for! Well, we stumbled already in the beginning. It took us quite a while until we realized why the claim had been made. The tool basically asked us to provide our kitchen floor plan as input and then automatically filled up the available space with elements of the chosen kitchen style. If the 1 minute claim referred to this calculation done by the tool - well, then it's a valid claim. However, this is not what we expected. The claim raised the expectation that it only took 1 minute from choosing the style until we got the quote. But only shaping our kitchen took us way longer already, let alone choosing the kitchen design. I guess you could compare this to the dubious "5-minute meals" cookbooks! There are always way more things to do that probably take you way longer than it takes a head chef to use already prepared ingredients at their disposal.

After selecting one of the proposed kitchen styles, we were referred to a floor plan editor, asking us to adapt the displayed room shape to our actual kitchen.

We noticed several areas we could dive deeper into. For now we decided to move forward and pressed a button to "design my kitchen". Our editor area changed and we now saw a 3D visualization of our kitchen. Quite some things to discover here!
We had noticed a few buttons offered for navigation. However, with what we saw before, we were already scared to use those buttons. Not a good sign if people would have to trust IKEA that they really deliver the kitchen as designed! It's not the cheapest product, either.
By navigating back and forth, we found further issues with the different editor views on second sight.

Throughout our testing session we found that we often wanted to try the same things, having the same thoughts in mind. We also talked about why we wanted to try those things. Alex made a great point here. She said it got obvious that we applied our knowledge of how software is built when testing. Like that sometimes technically things are only updated in case you click outside an element. That elements could share the implementation although they should differ (like being able to delete the last window but not the last door). That it would be interesting to compare the application with the other 3D Kitchen Planner and see whether a potential re-use of implementations might have introduced issues.

We also wondered why we did not find an option to export what we planned in the METOD Planner so we could import it to the 3D Kitchen Planner for more detailed planning? We wondered whether IKEA staff used the METOD Planner themselves when consulting customers? When transferring my notes into digital form I got curious. I finally went further and after designing the kitchen chose to "save & see my quote". I had to accept a legal notice first, then select a store (Great Britain only), and then finally received the quote and a related project code. However, I couldn't copy it, interaction was disabled! I wonder why. Well, instead they offered me to download my project code; but it downloaded it as an image! So I tried to print the quote, which triggered the generation of a pdf file. Here I could finally copy the code from to store for future reference and recover my kitchen plan.

All in all, we found lots of potential issues. But the question is always: Are they relevant? Are they known but their fix would just not provide enough value? Maybe. Still, as users (okay agreed, testers) from the outside we stumbled.


Interestingly, when Maria Kedemo learned that Alex and I tackled an IKEA application, she offered to forward our findings to whom it may concern.

You should write a blog post about it and I can probably find a way to give it back to the right people at IKEA. @lisihocke https://t.co/Qt9OaUk9Pa
— Maria Kedemo (@mariakedemo) 22. Mai 2018

First of all: We agreed that the session was a lot of fun. We really enjoyed doing hands-on testing together! Alex shared she was once again shocked and excited at the same time when testing a productive application and seeing how many potential problems there are! This is like a litmus test for her: if on the surface there are so many problems already, then there are more problems deeper down.

Alex had the impression that our strong-style pairing was not really strong-style, but more of a discussion, talking about testing while testing. In my opinion we adhered to the driver role as being the one on the keyboard executing the navigator's intention; however we let our driver co-navigate in addition. Still it felt right and was a fluent back and forth with both of us contributing in many ways so it was absolutely fine for me. The interesting part of talking about testing were the times when we realized what we were doing, and why we were asking the questions we asked. We often wanted to try the same thing, we used oracles to decide what to expect, we used our insights how systems are built, making all this explicit.

Alex also shared she was nervous before the session as she does not get to do hands-on testing so much anymore. This is really interesting. Although I am doing lots of hands-on testing on my job, I am nervous before each and every pair testing session, even if I know my pair like in the case of Alex! Fear and uncertainty about my skills were major reasons why I decided to do the testing tour in the first place.

During our session, I felt we sometimes lost focus, we saw so many things at so many places. As Alex put it nicely: the squirrel factor. She agreed that we had many threads going but we either followed them or left them for later exploration. Well, especially for new applications this is often how you do it, you first go broad and then do a deep dive into single areas. Still, I felt I have to focus on smaller parts more, this was also a lesson from previous sessions. We both agreed that it would be great to go back on it and do another session, diving deep this time.

Also, once again, I have to get better at note taking. After our session, my notepad was a mess; and once again I would have failed Maaret's test to be able to say quickly how many issues I found, how many questions, how many future charters I discovered and why, and so on. Why does that still happen when pairing although I know it better already? Last time I even thought about recording the session. It would not have helped me presenting a quick overview, but it indeed would have helped me to recapitulate the session as my notes were quite sparse when compared with what we found.

One more point Alex brought up was that sometimes we're testers in every situation, seeing issues in processes at airports and everywhere else. I so much relate to that. I like to say that being nitpicky might not be the best quality around family and friends, but it's a great card to play while testing.

This was my tenth stop. So in fact my original experiment is completed!

Now, did it prove my hypothesis that pairing and mobbing with fellow testers from the community on hands-on exploratory testing and automation will result in continuously increasing skills and knowledge as well as serendipitous learning? I would indeed agree. However, I will have to have a closer and more critical look when preparing to share my lessons learned at CAST and SwanseaCon.

Still, theoretically I could stop now. But I decided I'll continue to accept sessions until end of October. Why? Because I'm still learning, I'm still contributing, so it's the right place to be and the right thing to do. Going on a testing tour worked very well for me and I recommend to give it a try.
Posted by Elisabeth (Lisi) Hocke at 9:58 AM 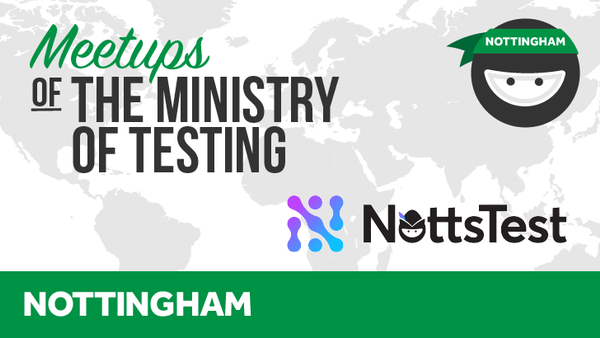